The people of Mutitjulu are the traditional owners of Uluru, however the Anangu consider themselves caretakers rather than owners of Uluru, and work in partnership with Parks Australia to manage the park. Mutitjulu community run a number of guided tours for tourists visiting Uluru, and have an art exhibition where they sell paintings and other artefacts.

The Mutitjulu School said the children had ‘the best time’ this morning when the Variety Bash rolled into the community, seeing many of their favourite characters and receiving lots of great stuff. In addition to handing out gifts, the Bashers also snapped up raffle tickets, canvases, bookmarks and cards all organised by the Student Council to raise money for a trip to the snow next year.

Variety granted the school with $7700 of equipment to support student learning, including a Prowise touchscreen and Sensory equipment.

After breakfast the Bashers set off on the 443km journey to Alice Springs, stopping for lunch at the Curtin Springs Roadhouse located on the Lasseter Highway.

Shortly before dusk, the Bash cars rolled into Alice Springs, ready to do some minor car repairs and enjoy a hot meal.

Described as the ‘beating heart of Australia’s Red Centre’, Alice has a population of almost 24,000, straddling the Todd River on the northern side of the MacDonnell Ranges. The Arrernte Aboriginal people have made their home in the Central Australian desert in and around the site of the future Alice Springs for thousands of years, with evidence suggesting Indigenous occupation of the region dating back at least 30,000 years. 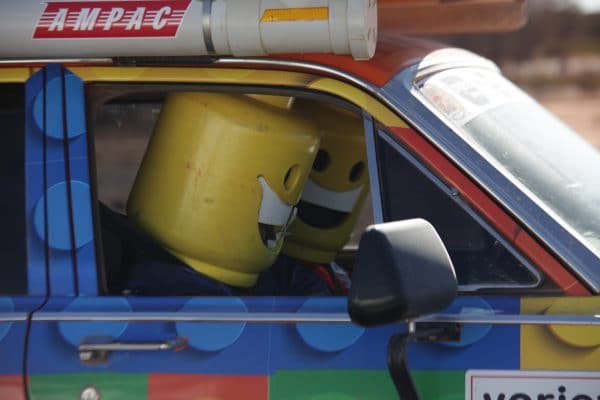