Jennifer from Glen Innes has achieved some incredible milestones as a performing artist.

She was selected for the Michael Clark Ballet company workshop, the West of the Divide European musical tour and was 1 of 13 NSW dancers selected for Romeo and Juliet Reimagined performance.

She has also been involved in several community events including the Anzac Day Dawn and Commemoration Services, Youth Week, Chill in Glen, Harmony Day and the Variety NSW Bash.

She was 1 of 2 rural students selected to feature in a documentary about her dance journey televised in ABC ME and was chosen as the Glen Innes Young Australian Citizen of the Year in 2018 due to her countless community involvement. She was also the Chairperson 2019/20 of the Glen Innes Youth Advisory Council Committee (previously the Deputy Chair).

Jennifer “EFA” released her 1st single & video ‘You so Smooth’ late last year (check it out here) and is slated to release her 2nd in March titled “Bi Bi”. She is also due to perform in an original musical show “PASSING” as the main lead role to premiere at the Fringe World Festival in Perth in February.

On top of all this, she’s an incoming 2nd year Bachelor of Performing Arts student of the Western Australian Academy of Performing Arts (WAAPA). Prior to her move to Perth she initiated and managed the RFS Fundraising concert and reached her goal of $10,000 which was an incredible achievement.

As you can tell, Jennifer is incredibly ambitious and passionate about pursuing her dreams. She is determined to continue utilising her industry contacts and experience to launch a career in music, something she was born to do. We are thrilled to be a part of Jennifer’s career as she continues to record and produce and have we no doubt she is destined for great things, be sure to watch this space! 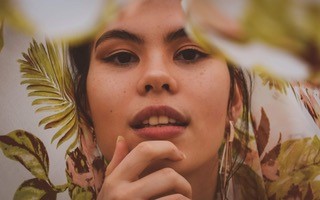 As you can imagine, Jennifer’s national achievements over the last several years have been incredible costly for Jennifer’s family with travel costs and professional coaching costing several thousand dollars. Jennifer’s father has had ongoing health issues and was unable to work so the family was living on a single income which has caused the family significant financial strain.

Which is why Ellen, Jennifer’s Mum reached out to Variety for support.

“The Variety Heart Scholarship has touched the life of Jennifer tremendously. Because of the grants for 2018 & 2019 Jennifer received, her participation in the elite selection in the field of Performing Arts are realised.  Not only has she received financial assistance from Variety, she has found a family in you all.”