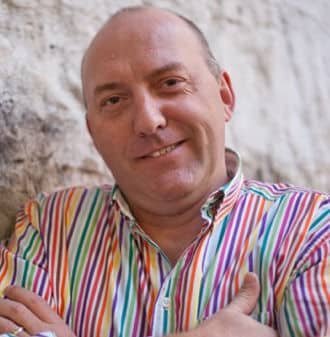 Variety Experience
David has had an extensive involvement with Variety since 1986 when his father, John, started event managing the Variety Bashes.

Skills and Experience
David is co-owner and producer of production company Hype TV, he has a passion for producing television and working with the tourism industry to capture exciting content – especially in Tasmania.

Having worked in numerous countries over the last 25 years, Dave has seen a lot – but still plenty to go. Dave loves travelling, discovering all there is to see of Tasmania, networking and lending a helping hand wherever he can.

Dave lives in Hobart with his partner Trish, who helps out planning TasBash each year, joining Dave on the surveys.