All children deserve the same opportunity in life.

Operating in 40 countries across the globe, Variety – the Children’s Charity provides life changing equipment and programs to kids experiencing disadvantage, disability and illness.

Our work allows kids to gain mobility, to get out and about in the community, to communicate, achieve independence and increase their self-esteem. We make sure the kids who miss out, can always join in.

Grants
Variety – the Children’s Charity assists both individuals and the community – including schools, not for profit organisations and community groups – through our grants program. We grant equipment, supplies, educational aids and much more. This may be a wheelchair for a child, an assistance dog or an all- abilities playground for a school or local park.

Programs
We run programs to educate and empower kids in need. In Victoria, we are proud to present the Variety SHINE Intensive Program, an intensive education program ensuring all kids get an opportunity to overcome language and learning problems and to keep up with their mates in the classroom.

Scholarships
We give scholarships to encourage the talents of kids in need. Variety provides scholarships to children with an existing talent living with disabilities, chronic illness or financial hardship to achieve their full potential and to follow their dreams. Whether it’s a dream to compete at a higher level in sport or wow a crowd on a stage – Variety Heart Scholarships can cover items such as travel, accommodation, equipment, coaching, competition fees and much more. Scholarships are awarded up to the value of $5000 in the areas of Education, Sports and the Arts.

Kids Events
We hold lots of exciting events throughout the year bring joy to kids in need and their families, who often miss out. Our largest kids’ event is the Variety Kids Xmas Party, which brings up to 5,000 children and carers together to experience performing acts, rides, animals, face painting, stage shows, gifts and of course Santa. Held right across Australia, they’re the biggest parties of the year for kids living with a disability, chronic illness, facing financial hardship or in need of critical care.

For all kids to attain their full potential, regardless of ability or background. 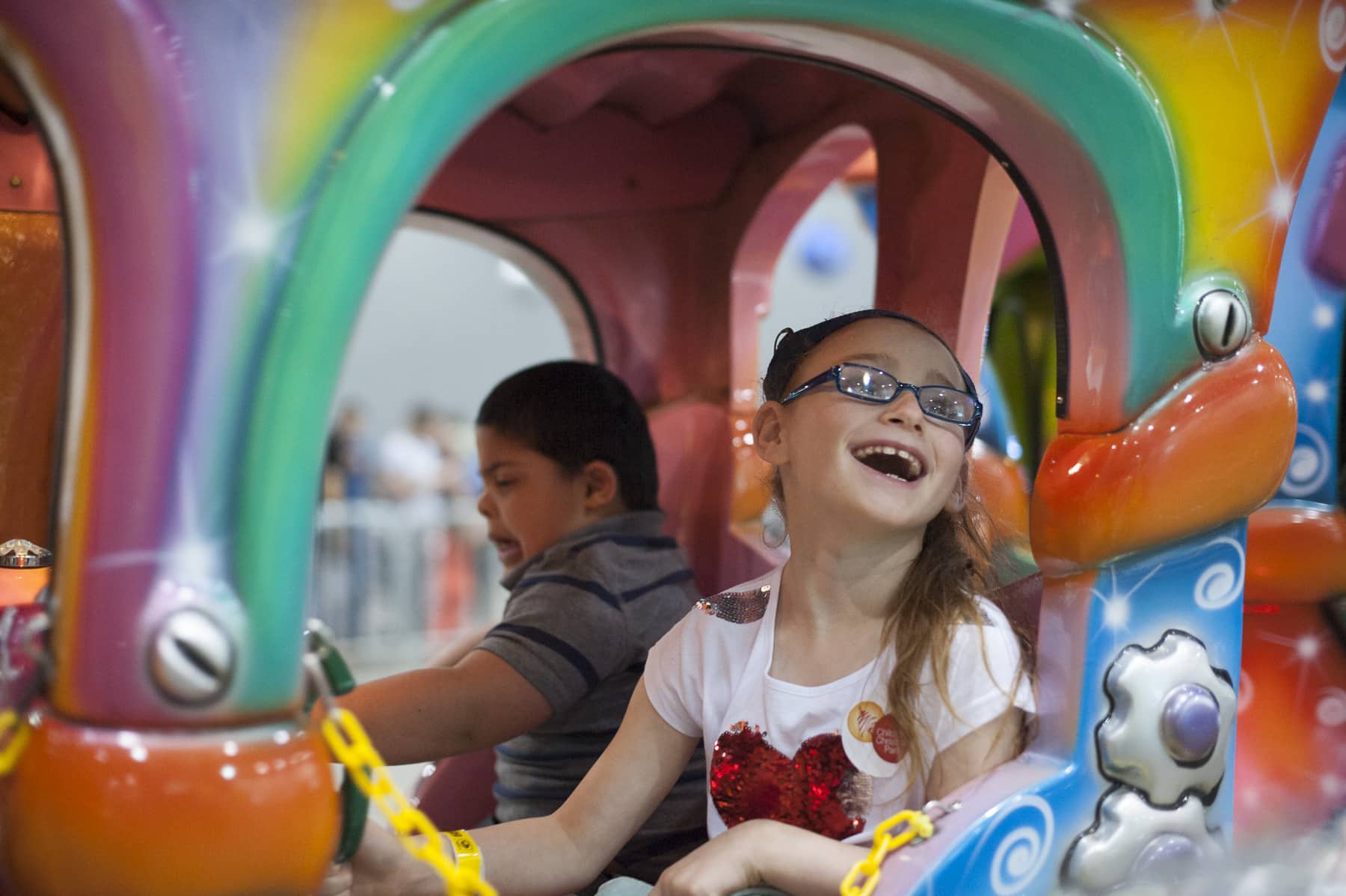 Variety helps when others can’t.

Families and organisations can turn to Variety – the Children’s Charity when government assistance isn’t available.

Variety provides support through grants for children and families for things like:

Explore how we help

It all started in October 1927, in a theatre in Pittsbugh USA. One fateful night a group of show business men, known as the Variety Club, gathered for their regular catch up with like-minded friends at the Sheridan Theatre. It was during that meeting that something incredible happened. A young baby was found abandoned in the empty rows of seats. Pinned to her was a note:

“Please take care of my baby. Her name is Catherine. I can no longer take care of her. I have eight others. My husband is out of work. She was born on Thanksgiving Day. I have always heard of the goodness of show business people and pray to God that you will look after her. Signed, a heartbroken mother.”

Moved by this extraordinary event, these eleven warm hearted men immediately took Catherine into their lives, naming her Catherine Variety Sheridan. Informally adopting her, they raised her alongside of their own families and got to work raising funds to support her upbringing and education. Being from the entertainment world they did what they knew best, put on a rip-roaring event! The men transformed the William Penn Ballroom into a massive circus tent, the legacy of which lives on today, with Variety offices called tents and staff and board being named after circus terms such as the Chief Barker (or Chairman).

The event was so successful and raised so much money that the group decided to help other local children in orphanages or living in poverty.

By now, the story of Catherine was famous, hitting front page news across the world. Giving is contagious, and soon enough entertainers from across the country, and eventually the world, formed their own Variety Clubs, devising their own raucous fundraising events and helping local children in need. This tradition continued and in 1975, the first Variety tent opened in Australia with Paul Hogan at its helm.

Today, Variety – the Children’s Charity has a network of 42 offices in 13 countries, and many millions of individual children, like Catherine, from around the world, live a better life because of the generosity of Variety’s donors, sponsors and supporters.

But what of Catherine? Variety’s founding fathers began to think the huge amount of publicity surrounding Catherine was unfair on her and her development. They simply wanted her to live a normal life. When Catherine turned five, foster parents were selected from more than 300 applicants. Catherine’s name was changed by her new parents, Gladys and Norman Riker, to Joan Riker and Catherine was able to grow up away from Pittsburgh to preserve her anonymity. Her original show business family stayed in touch, secretly visiting her throughout her childhood. Maturing into a strong young woman, Joan married in 1957 and raised her own family, sons Michael and twins Richard and Robert and a daughter, Lisa. Graduating as a nurse from Cornell University in 1951, Catherine/Joan spent a good part of her time proudly working with children.

In a very special moment in 1992, the Chief Barker of Variety International tracked Joan down and – to the delight and overwhelming emotion of staff, volunteers and supporters from across the world –  introduced her at a Variety convention.

Catherine/Joan passed away on September 9, 1994 at age 65, but her inspiration and motivation to help children in need burns brightly today through Variety – the Children’s Charity.

Variety Australia is founded in Sydney.

As a tribute to the show business origins of Variety, offices are referred to as ‘Tents’ and Chairmen are Chief Barkers.

The Ladies of Variety committee

The Ladies of Variety committee is founded, holding the inaugural Children’s Christmas Party in Sydney.

Derryn Hinch sketches a logo featuring the now iconic heart and hat, symbolising the show business origins of Variety and caring for our children. The logo is adopted by Variety Australia.

Regional Committees are founded in each of Australia’s mainland capital cities.

Dick Smith invites his mates for “a drive in the bush” to raise funds for Variety. The Variety Bash was born and quickly becomes an incredibly successful charity event.

Variety begins establishing independent ‘Tents’ in each state and territory. Can’t find what you’re looking for? Why not visit the frequently asked questions page or contact us, we’d love to hear from you!