There is nothing quite like the sight of 64 postie bikes riding out of a school, with a sea of kids waving them off. I think all the Dashers would agree that the sight is a core reason why they would sign up to ride over 1,500kms to raise money for kids in need.

Once again the Dashers have raised an incredible amount to money to support the work of Variety. We’re still receiving donations but have so far raised over $150,000!

Leaving Tamworth on Sunday 3 November we were waved off by one special little guy, young Zavier, who received a grant for his very cool robot arm. It was a reminder to everyone why they got involved, a reminder we would need during the long ride ahead.

It was a long ride, but more than a few Dashers were overheard to say these were some of the best roads yet for the Dash.

All along the Dash route we received the most incredible welcome from communities. From the exceptional breakfasts and lunches prepared for us by the schools; to strangers stopping us along the way to make a donation; to livestock coming to say hello when Dashers stopped to stretch their legs; it was a week to remember.

When we returned to Tamworth 6-days later Dashers were in as good spirits as when they left, reflecting on a week of fun and dirt roads, despite a couple of road closures due to bushfires adding some serious extra miles to their planned trip.

“As an event manager for over 18 years, I don’t think I’ve seen a group of people get on so well and enjoy every aspect of an event. Even detouring this group 180 kms to avoid a bush fire didn’t take the smiles off their faces.” said Regional Motoring Events Manager Victor Sheil

Keeping us safe, postie bikes on the road and the days running smoothly was an incredible team of official vehicles, most of them long term volunteers for Variety.

“This year’s event has been one of the most challenging in respect to avoiding bush fires and road closures but the true professionalism and dedication of my volunteer officials has kept this event running seamlessly. These people are simply amazing.” said Vic

Particular thanks to our major sponsors First National Real Estate for making the event possible, and to our mates at Tamex Transport and Australia Post for your continued support.

“Congratulations to Variety for another successful Postie Bike Dash event! The event organisation, fun with likeminded riders on the unbreakable Honda 110 Postie Bikes, the regional destinations together with the roads travelled are a credit to the organisers.” said David Doherty, aka Red Dog, from First National Real Estate Tamworth.

Peter Brazel, aka Pink Dog from Tamex Transport had a similarly great time “Thank you to Victor, Janet and the Team for yet another successful Postie Dash.  It is a privilege for us to play a small part in supporting Variety – the Children’s Charity do what they do best, look after those kids in need.   Good Times, good company, great roads and a fantastic cause.  See you in 2020.”

Variety Postie Bike Dash will be back in 2020 if you want to know when then sign up for alerts from our Motoring Events team here. 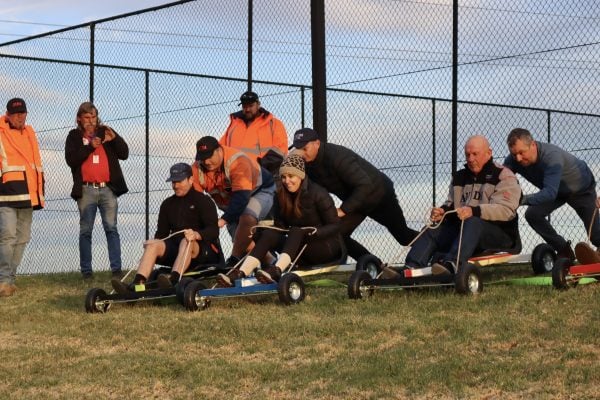