Teenager Lachlan Glover’s hopes of someday topping the charts and becoming a renowned jazz musician are now closer to coming true, thanks to the scholarships he has received from Variety – the Children’s Charity.

Lachlan, a 15 year old from Winthrop has dyslexia and he is determined to someday study in Julliard – a prestigious performing arts school in America. Since receiving support from Variety through the Scholarship program, Lachlan has notched up several high performances. 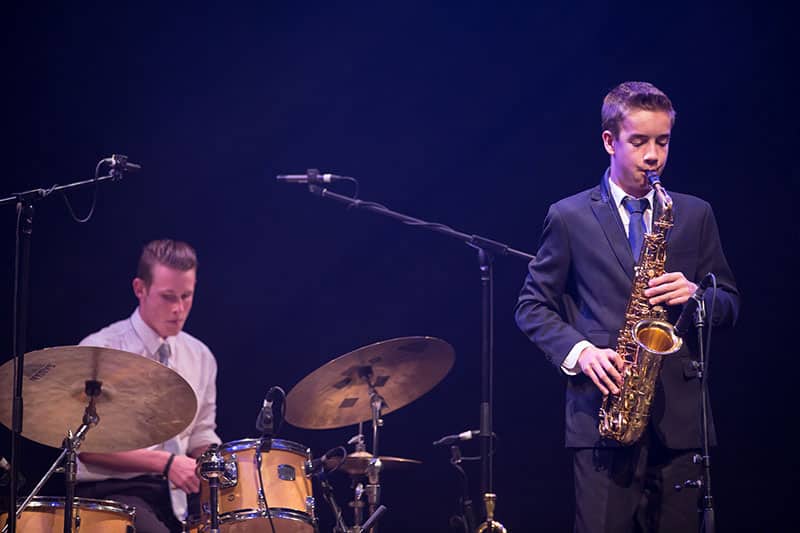 A testament to his immense talent

He was the youngest ever member to play with the WA Youth Jazz Orchestra as Saxophone Lead Tenor and has also performed with both John Morrison and Ross Irwin.

Lachie was invited to record his first CD in March 2015, which will be shared worldwide by many of famous jazz musicians and mentors, who have all been captivated by Lachie’s talent and have pledged their support and advice as he works towards his dream.

A testament to his immense talent, Lachie was offered early entry by two years to the James Morrison Academy.

“Lachlan is now attending a school whose primary focus is music so he is surrounded by like-minded students who jam at every available opportunity. He arrives home from school every day with a spring in his step”, said Jo, Lachlan’s mother.

“The Variety Scholarship has enabled Lachie to receive additional tuition that we may not have otherwise been able to afford in lieu of having two boys with Dyslexia and additional therapy needs. Music lessons on one instrument are expensive however his determination to be a multi-instrumentalist has us funding many more lessons. This would not have been possible without the help we received from Variety.” 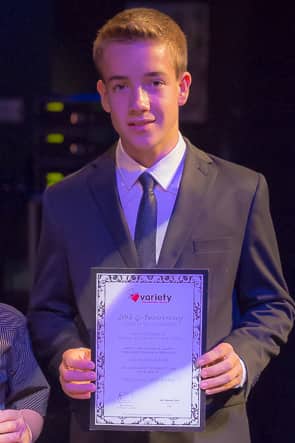