Wynton is the highest Variety fundraiser for City2Surf

Wynton is a big-hearted Variety supporter and highest fundraiser for City2Surf 2019.

Trying to decide the best way to support Variety and help kids in need, Wynton admits his anxiety was stopping him from taking the first step “I always wanted to donate my hair to your program Hair with Heart but my anxiety issues was holding me back from creating a donation page as I was worried about the what if’s… What if no one donates, what if no one likes my new hair cut, what if, what if, what if. What I have instead  found out is incredible, when you open up yourself to people then they will open up their hearts to you.”

When Wynton succeeded in keeping his anxiety at bay, he signed up for the City2Surf and ticked Variety as the chosen charity. While he was at it, he also chopped his hair so that it could be made into a wig for someone who lost their hair due to a medical condition through Hair With Heart.

“I had always wanted to donate my hair to Variety to make a wig and also start a donation page. I have also wanted to run the City2Surf so I thought I would combine the two this year and I think in turn it really opened up who was going to donate. A lot of my friends wanted me to cut my hair so they would have donated for this fact alone so maybe I had an advantage!”. 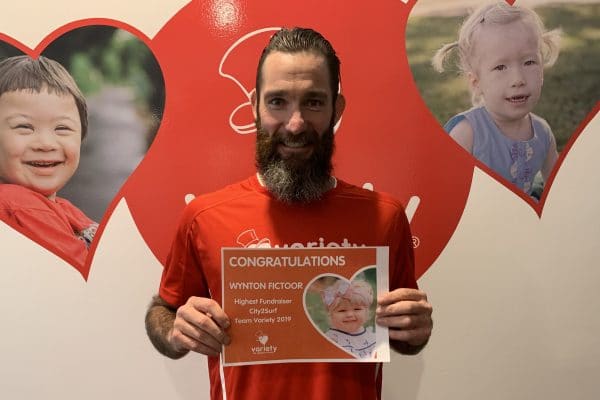 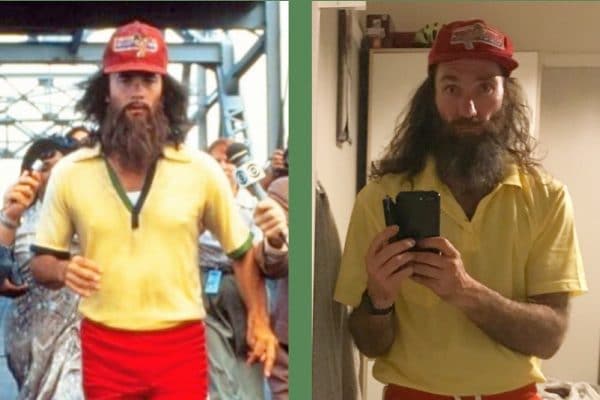 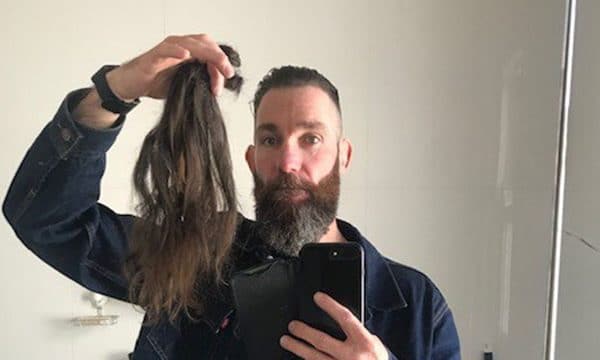 Contrary to what he had thought before starting his campaign, Wynton found the fundraising quite straightforward. “In my three weeks of fundraising I would post a photo online weekly and share the link. Some people I barely know donated and it brings the biggest smile to your face and makes you feel awesome.”

Wynton found the Variety fundraising resources extremely helpful, but he also had his own ideas on how to tackle donations “I had four major things which worked for me in my fundraising efforts. The actual 14km City2Surf Run, I also dressed up as Forrest Gump with my long hair flowing, donation of my hair to Hair with Heart and also my story of opening up to people about my anxiety issues.”

“100% I would recommend fundraising with Variety as so many of my friends had commented on my posts that it is such a great charity and they were proud of my efforts. These comments really make you feel amazing and know you have great friends.”

When asked about advice for people who would like to fundraise but find it daunting, Wynton said “Any money raised is a good thing, any money raised is more than the charity had previously. You’ll be surprised who of your friends will donate and how good it makes you feel when you receive an email saying you’ve received a donation. Try and make a theme for your fundraising page and make it fun. I dressed up as Forrest Gump and received so many positive messages on social media and then also on the run. I would guess about 2000 people yelled “run Forrest, run” over the 14km course which really lifted my spirits up Heartbreak Hill.”

Would you like to follow Wynton’s example? Have a look at all the ways you could fundraise for Variety – the Children’s Charity.