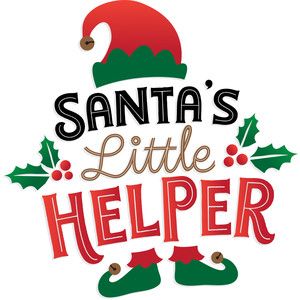 Santa doesn’t work alone, he has a whole team of helpers ensuring that every Christmas is a success. There’s lots of presents in Santa’s sleigh for children all around SA.

Alabaster Snowball – Kellie Horton is quite a character, friendly, good hearted and she’s entrusted with one of the most important jobs. She is the administrator of the “Naughty or Nice List”, so you definitely want to be on her good side.

Bush Evergreen – Selena Bushell, a skilled engineer and inventor of Santa’s magic toy making machine. Bushy is the Head Toy Maker for Santa and keeps on developing her famous machine to meet children’s endless demand for toys. Bushy became skilled in the art of woodcarving at an early age.

Pepper Minstix – Nicole Byerlee. Pepper is the protector of Santa’s Magic World and has worked her way up to being Head of Elf Security. She is entrusted with the important job of watching out for the well-being and safety of Santa Claus and Mrs Claus. She also teaches Kung Fu to the young elves every Friday afternoon.

Donate to Car 1300Back to SA Variety Bash Teams