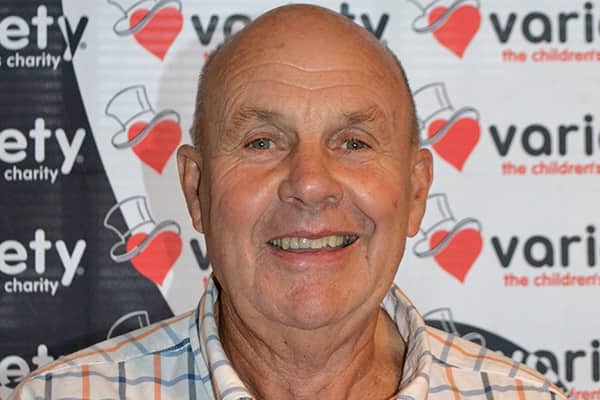 Peter Cochrane OAM is the Managing Director of Peter Cochrane Transport, a proudly South Australian express logistics business that delivers across SA and into Mildura and Broken Hill.

Peter’s involvement with Variety began in 1989 when he was an entrant in the first SA Bash. He became Bash Chairman in 1993 and held that role until 1998. During this time he ran six highly successful Bashes with his late wife Christine.

Peter was appointed to the Variety Board in 1993 and became Chair of the Board in 2003. During his term he oversaw many major developments including raising capital for the construction of a new building to house Variety headquarters. Peter is also involved in the Sunshine Coach and People Mover Program that sees families and schools provided with specially equipped vehicles.

Peter also maintains his involvement with the Bash, supplying and driving the “Bag Truck”.

Peter was made a life member of Variety SA in 2007 and in 2018 became only the third Australian to be awarded the prestigious Catherine Variety Sheridan Award for his philanthropic support in serving children.